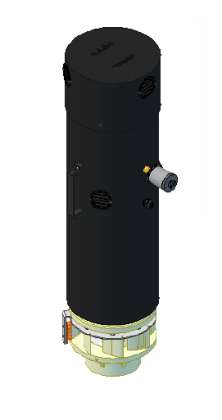 Even a small stream can generate consistent, clean, dam free, renewable electricity at a price per Watt lower than solar or wind.  A single PowerSpout at a site good enough to generate 1 kW can produce enough electricity for a typical house for a year (>8,000 kWh/yr).  The all-weather PowerSpout LH is one of the most reliable, cost-effective generators around because we have spent a decade making micro-hydro efficient and affordable.

When you buy solar panels from us we ship solar panels, off grid kits, gridtie kits, and systems across Canada

been selling solar panels since 2011

Please contact us, we would be more than happy to speak with you about implementing renewable energy solutions

We have shipped Solar panels with Inverters and batteries across Canada since 2011 any where from NL, New Brunswick, NS, PE, Montreal, Quebec, ON, MN, SK, Alberta, BC

Purchased Solar Panels from us have been shipped to Toronto, Victoria BC, Vancouver BC, Kamloops BC, Kelowna BC, edmonton AB, Calgary AB, Winnipeg MN, Prince Rupert, Nova Scotia, PEI

Earth receives a HUGE amount of solar radiation every day. About 30% of it is reflected back to space, the rest falls on clouds, land and the oceans. Solar radiation (sunlight) is used in generating electricity. Solar power is the conversion of sunlight into electricity using photovoltaics (PV), PV converts light into electric current using the photoelectric effect. Next the Direct Current (DC) that is generated by the PV panels is converted to Alternating Current (AC) by means of an inverter so it can be connected and fed back to the utility lines.

Here is an excellent source of knowledge from the PowerSpout designers. Please take a look at what they have to offer. "Even a small stream can generate consistent, clean, dam free, renewable electricity at a price per Watt lower than wind. A single PowerSpout at a site good enough to generate 1kW can produce enough electricity for a typical house for a year (greater than 8,000 kWh per year). The small (18 inches wide), all-weather PowerSpout PLT is one of the most reliable, cost-effective generators around because we have spent a decade making micro-hydro efficient and affordable"

Net-Metering What is it? It's meant to reduce your yearly purchase from the grid You will generate green power and use it, extra generation will go to the grid. Your local Hydro company will store this extra power produce from the solar panels, like a battery. You get to use the stored power for free until it runs out. system could be sized such that your yearly need is 0KWh from the grid. You would only pay an admin fee. Payback at current rates is about 4 years. You will not pay, debt retirement, losses and all the other parts they add on top of your bill. electricty cost is going up 33% in the next 3 years... The system is identical to a microFIT setup Solar Panels plus grid tie inverter to a secondary meter to measure and pay you. The difference is where you connect Solar Panels in a solar system plus grid tie inverter to your existing electrical panel to save you money.